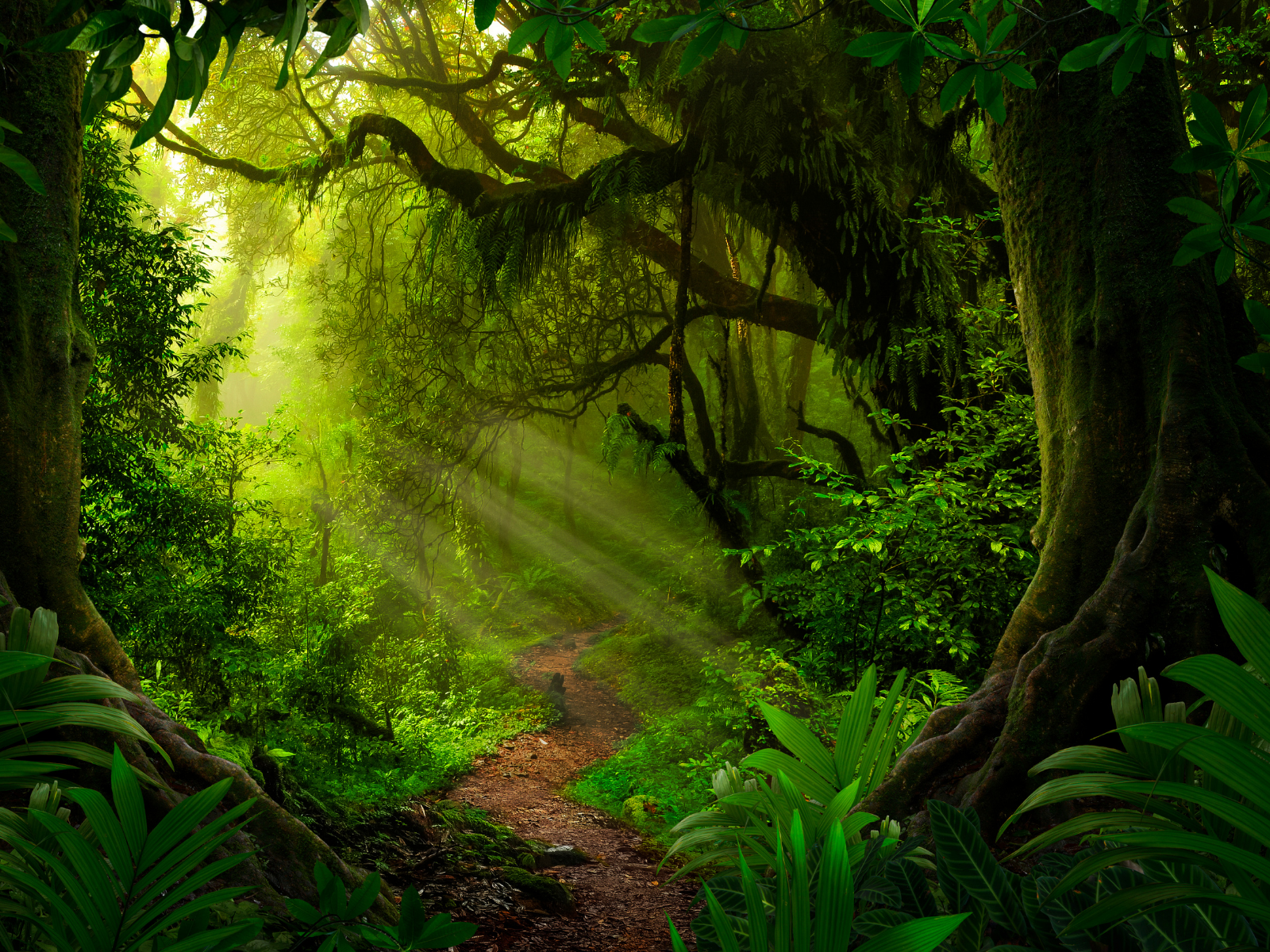 For centuries, Peruvians have been passing on the story of The Boiling River in the Amazon from generation to generation. We other inhabitants of the world have mostly never even heard of her. The most interesting thing is that the river is 25 meters wide and several meters deep, and it is hot at approximately 6 km of its course. The nearest volcanic system is 700 kilometers away from it, so scientists can't even explain such a high temperature of almost 90 degrees.

People are mostly skeptics by nature, we can hardly believe that the Earth is a living organism and that the forests are its lungs, its bones are stone, its muscles are earth and its rivers are bloodstream. The Boiling River is part of a huge geothermal system, a bloodstream that permeates the Earth's crust in the Amazon region. In any case, she is unique in the world. It is like a snake that bends around the part of the country where the ayahuasca center of Santuario Huishtin is located. Although the river kills many animals, sometimes it is possible to swim safely in its waters and we were lucky, on the first day when we came to Santuario Huishtin, after an Amazon rain that cooled it. All the other 24 days of our stay the river was hot even though it was raining.

There are many things that exist on planet Earth without us having a clear picture of them. They mostly seem strange, we don't learn about them during school and they still happen. By birth, we inherit religion, culture, ethnicity and other influences that we drag through life like a heavy suitcase, despite the fact that that suitcase slows us down. Through astrology, I began to get rid of things from that suitcase, thanks to which I observe the world through a telescope, not through a microscope. But I knew nothing about shamanism and ayahuasca. And then a dream followed, then completely vague, which later fit into the picture like a puzzle. My picture, because no two pictures are the same, just as no two lists are the same, no two people are the same. However, we are all one and one is everything, which is also shown through astrology as a symbol of the Sun.

After the mentioned dream, a show about the mystical river in Peru was broadcast a few weeks later. Then followed a call from my husband's brother Ivan who answered after an ayahuasca ceremony in Peru and we get the message he got. You should go to Peru. At that time, we had no idea that we would soon head for The Boiling River. First came resistance, fear of the unknown, and rejection. We started searching the internet about The Boiling River and ayahuasca, reading books, watching movies and talking to people who had a similar experience.

We have often come across the term snake, in our culture the snake is something we fear, a symbol of sin, with the Incas it is a sacred animal, a symbol of spirituality. On a conscious level we were looking for reasons not to go, on a subconscious level something was telling us to go. A few months later, the five of us set off on a 17,000-kilometer journey. We had a common starting point, to see The Boiling River and to try ayahuasca near it in the presence of shaman.

After a hard journey, connected flights Belgrade, Madrid, Lima, we arrived in Pucallpa, where a guide was waiting for us at the airport. A short stay in Pucallpa followed, and then they headed towards the hot river. We reached Honoria by car, there was no further road. We continued our journey by boat, then by foot to Santuario Huishtin and The Boiling River.

Tired after two days of traveling, we reached the river. And then we stopped. I thought I didn't have the strength to jump over the rocks around which the river boiled. Then I saw a man standing still and pointing at us to go. The guide told us not to be afraid because it was raining that cooled the river. We crossed, dropped our backpacks, the same suitcases of doubt that we shout through life, and entered the river without thinking. And it was not hot, it was invigorating and pleasant. It was as if she hugged us tenderly and wished us a warm welcome. Shaman Enrrique also received us at his Santuario Huishtin center. With a few words and a lot of love he treated us with a mystical river. We drank chilled water, he made us baths from hot water, and tea from hot tea.

Everything else is a story, my story.